Titan Airways was chartered at relatively short notice on behalf of Heart FM to host singer-songwriter James Blunt performing live on board in 2010. The concert was held to try to break the world record for the highest live concert in the sky.

The live performance took place at 42,000 feet on our Boeing 767 aircraft flying over the east coast of the UK and created a new world record. Around 130 competition winners were on board to celebrate the achievement.

Prior to the performance, the aircraft was branded with the Heart FM ‘Gig in the Sky’ logo. We also had branded items inside the aircraft, including headrest covers. 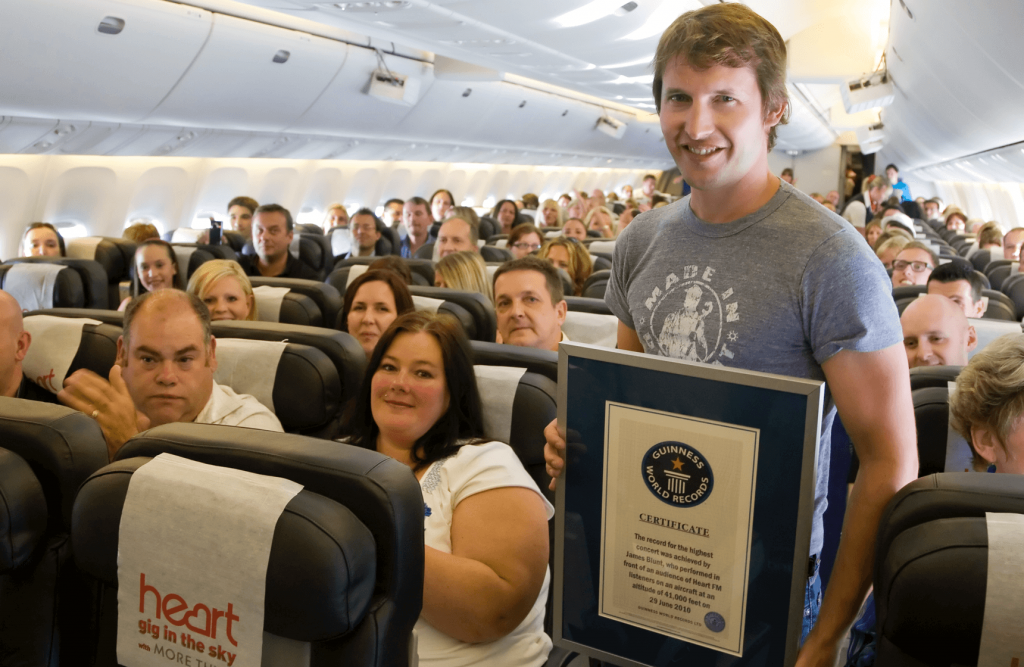 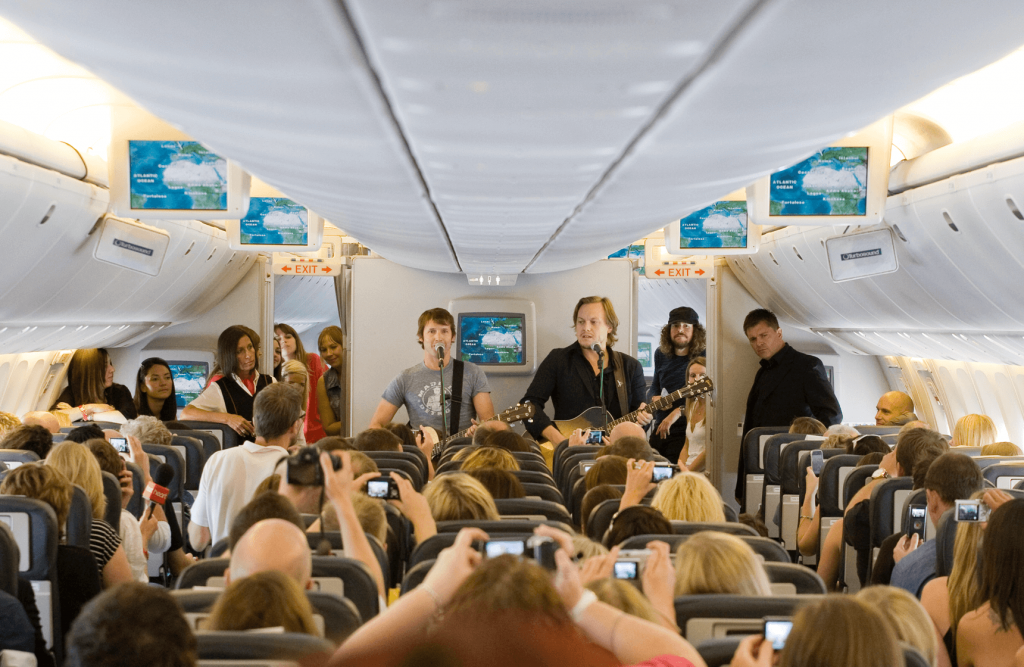