On 13th November Titan Airways proudly delivered the FIFA World Cup Trophy to host nation Qatar, one week before the start of the tournament.

The flight between Riyadh, Saudia Arabia and Doha concluded the 2022 FIFA World Cup Trophy Tour by Coca Cola, an opportunity for football fans around the world to see the iconic trophy before the tournament kicked off.

The tour, operated by one of our A320 aircraft, began on 24th August in Seoul, Korea Republic, and made stops in more than 50 countries, including all 32 qualifying nations. In addition to the trophy, representatives from Coca-Cola, FIFA and supporting agencies were onboard, along with journalists, camera crews and a security team.

Our aircraft, registered, G-POWM, was transformed inside and out for its privileged role. The customised aircraft has been photographed around the world.

We are very proud of our delivery of this challenging project, which was all arranged at relatively short notice, and our thanks go to all the dedicated individuals at Titan, both behind the scenes and onboard the aircraft, who so worked hard to make it such a success. 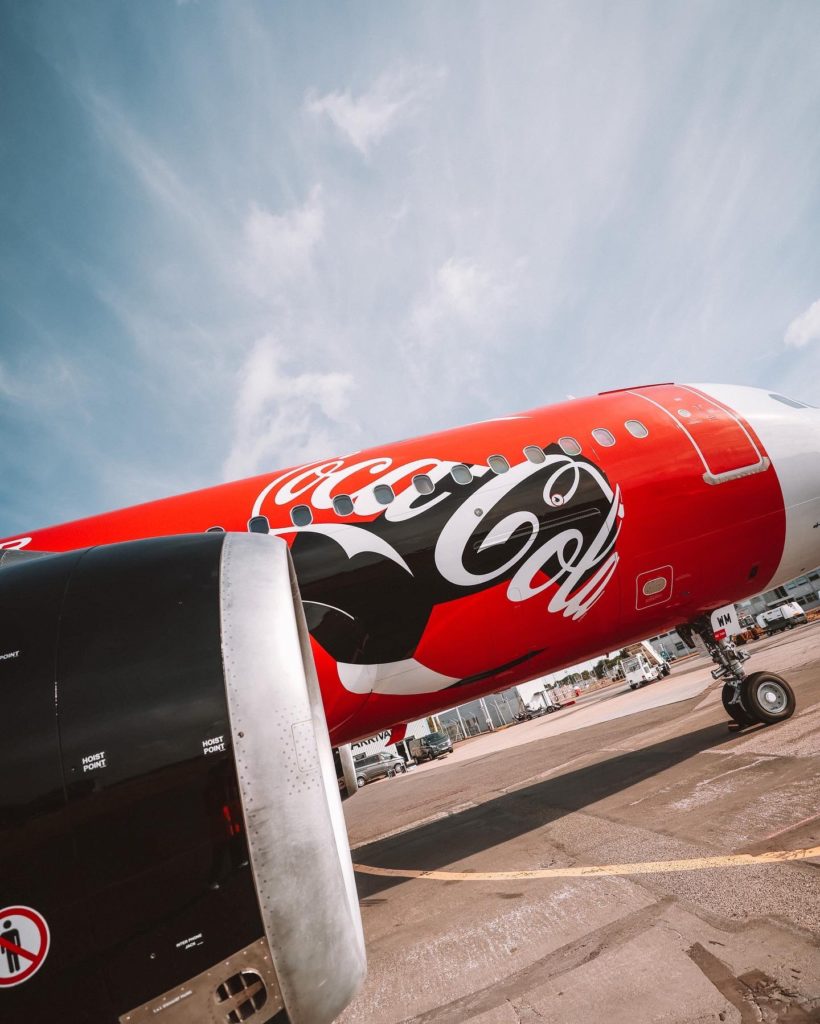 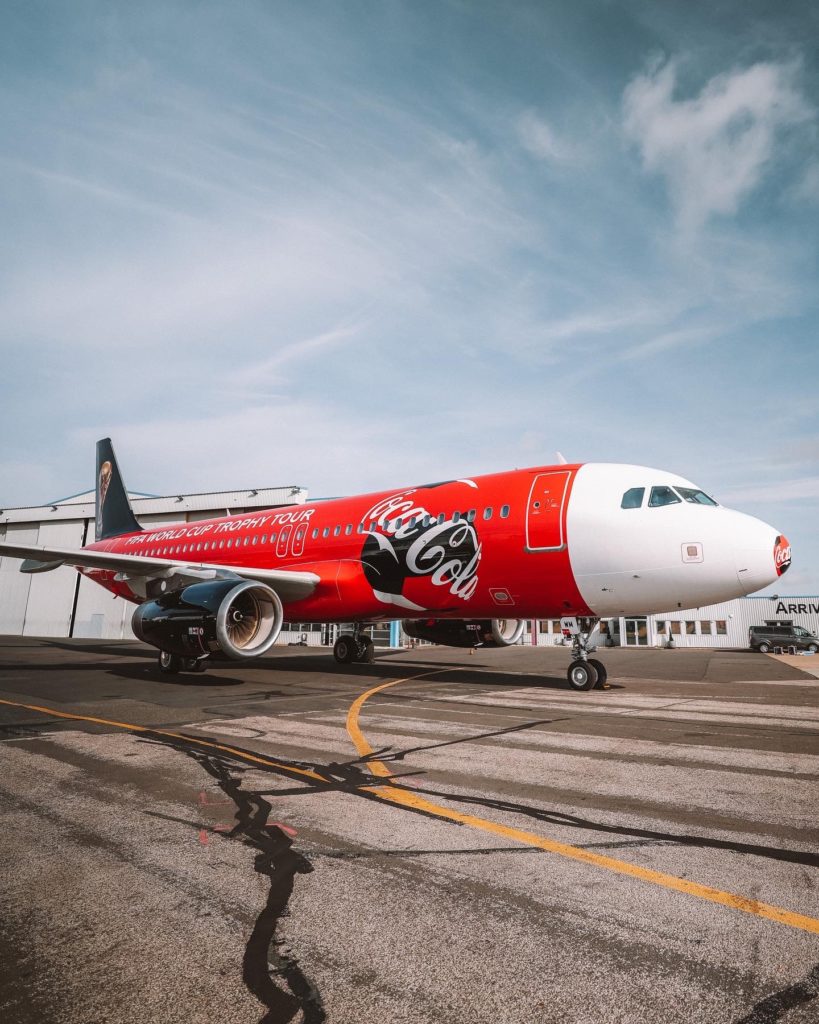 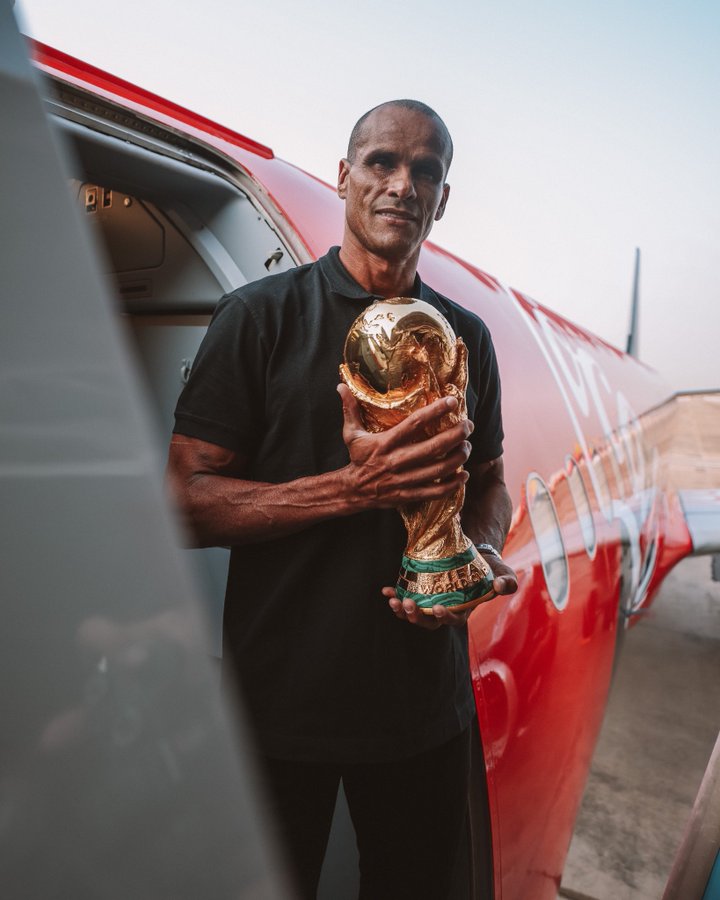 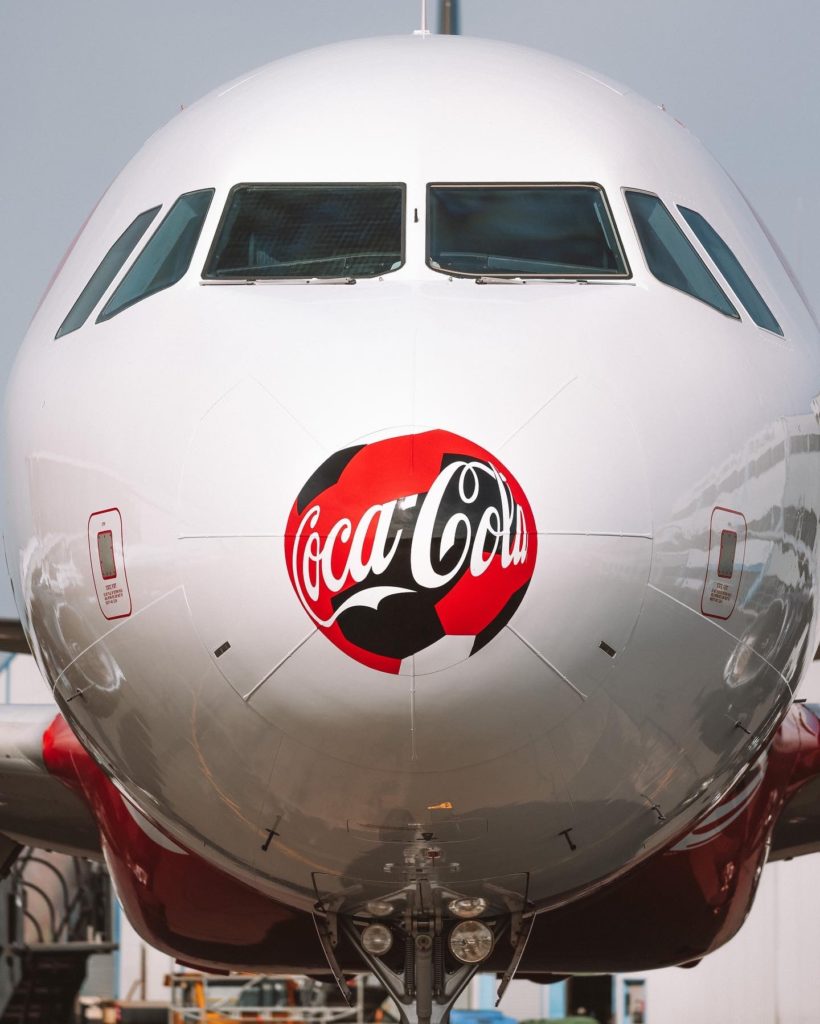 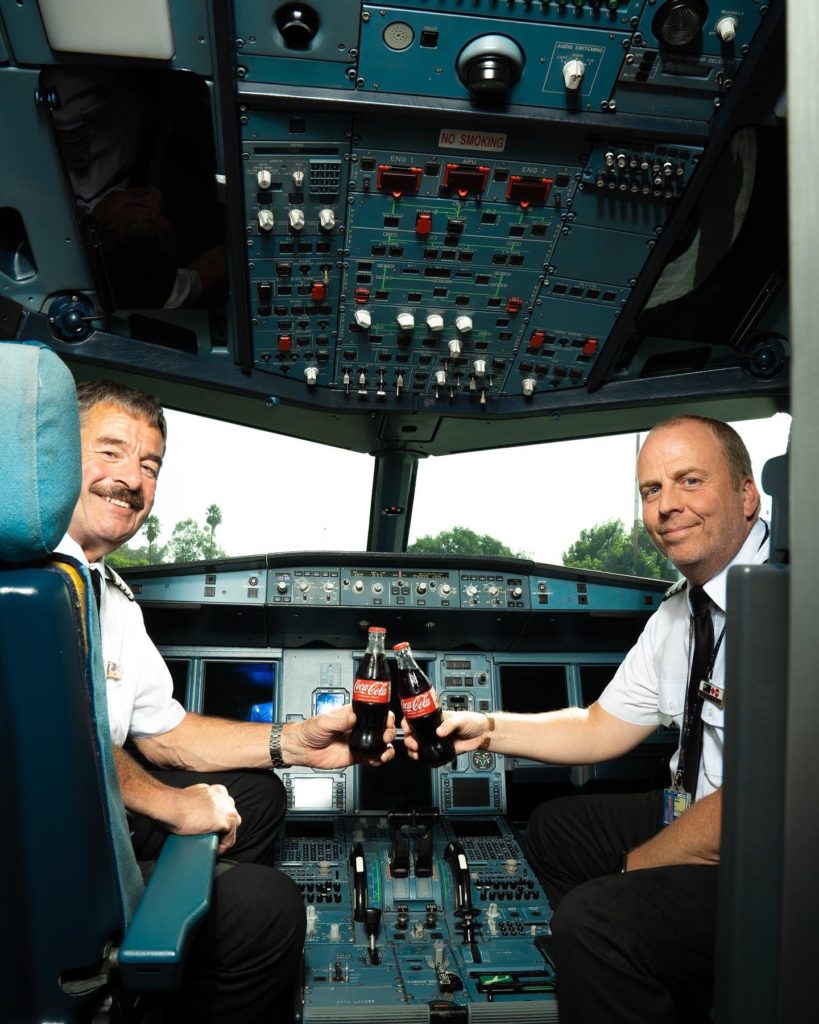 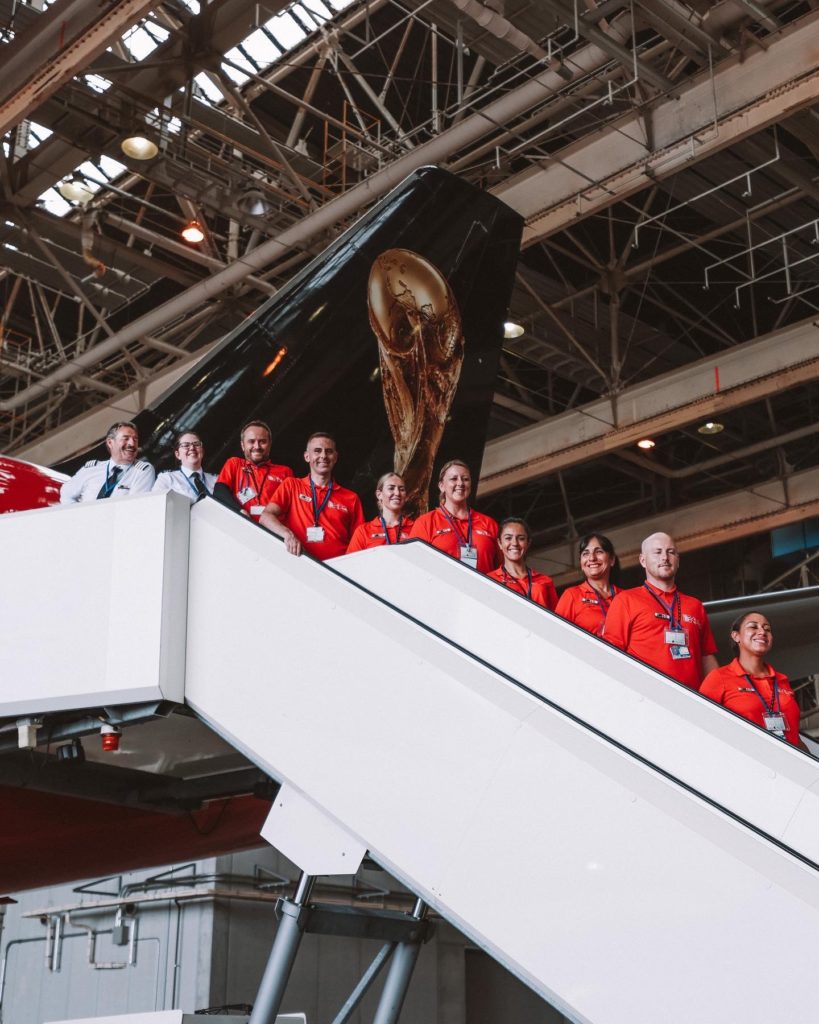 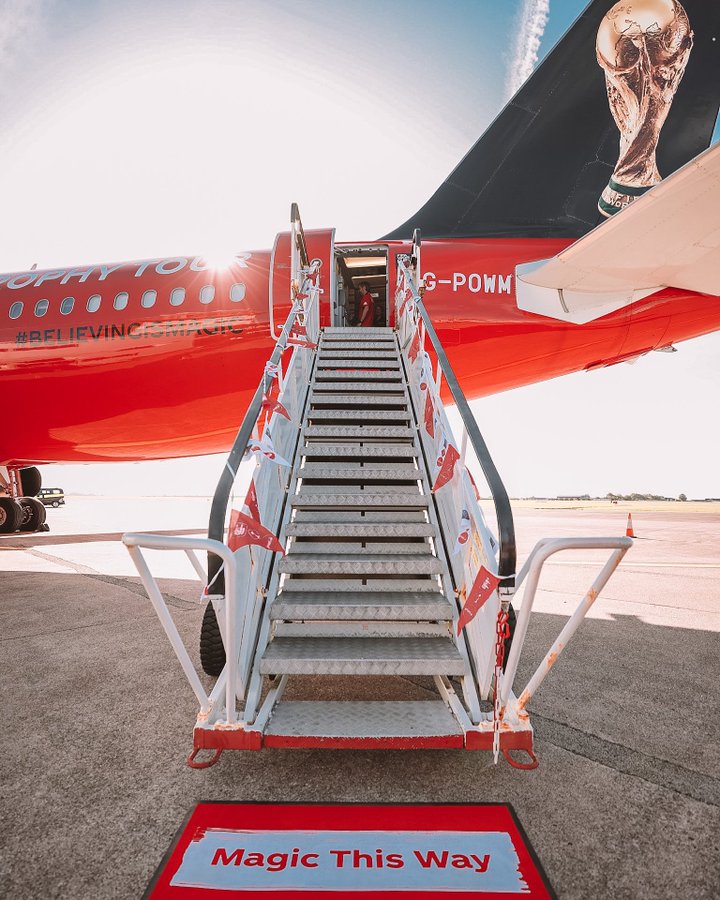